I have wedding on the brain and just had two (minor, but emergency) surgeries, so I really have been M.I.A. here on the blog. I will update soon after the impending nuptials. Just wanted to post the link and article for this hilarious news story I read today.

(I just added some leftover pictures of a Mainland China-inspired restaurant I ate at before I left the Bay Area, to give you an idea of the food-translation problems that we Chinese-Americans encounter on a daily basis. The pictures include "classic" mainland foods, including 1000-year-old egg, a.k.a. the century egg, with cold silken tofu; fermented vegetables in a hot chili soup; and delicious pig ear. If that didn't get your salivary glands running, then I don't know what will!)

Miss you and love you all! 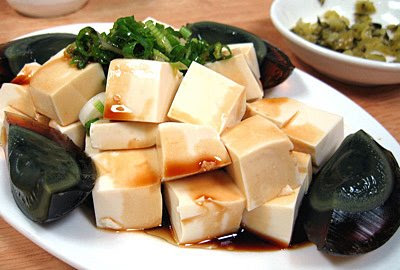 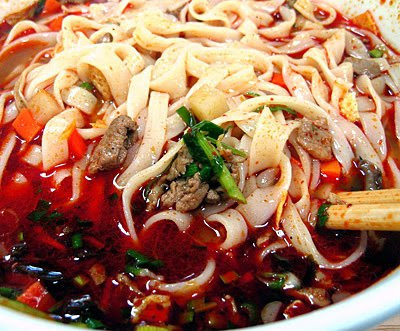 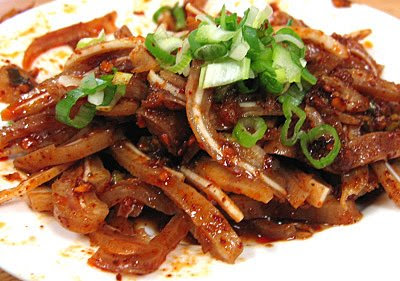 'Kung pao chicken' on menus for Olympics
Appealing menus advised, not 'bean curd made by a pock-marked woman'
Reuters

BEIJING - It's official. Hungry foreign hordes craving a fix of diced chicken fried with chili and peanuts during the Beijing Olympics will be able to shout "kung pao chicken!" and have some hope of getting just that.

As it readies for an influx of visitors for the August Games, the Chinese capital has offered restaurants an official English translation of local dishes whose exotic names and alarming translations can leave foreign visitors frustrated and famished.

If officials have their way, local newspapers reported on Wednesday, English-speaking visitors will be able to order "beef and ox tripe in chili sauce," an appetizer, rather than "husband and wife's lung slice."

Other favorites have also received a linguistic makeover.

"Bean curd made by a pock-marked woman," as the Beijing Youth Daily rendered the spicy Sichuanese dish, is now "Mapo tofu." And "chicken without sexual life" becomes mere "steamed pullet."

According to one widely repeated story, the Chinese name of "kung pao chicken" comes from the name of an imperial official who was fed the dish during an inspection tour.

With the Beijing Olympics just weeks away, a notice on the city tourism bureau Web site told restaurants to come and pick up a book with the suggested translations.

In China, where meetings are almost as popular as banquets, agreeing on the English-language menu has taken many rounds of discussions over previous drafts since last year.

Just as predictably in this country where nationalism and the Internet make a potent brew, controversy has already broken out over the blander new translations.

"I don't like this new naming method, it's abandoning Chinese tradition," one Internet comment declared. "There are many stories in the names of these dishes."