Southern Comfort: Filling Up On Chick-Fil-A 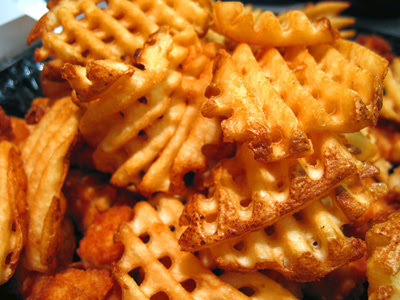 Would you travel over forty miles for fast food?

Perhaps when you read the following in a thick Southern drawl, you'll agree to the above question.

Sweeet Teeah
Frrhied Chicken Saanweches
Well, I answered "yes" to the above question, and travel over forty miles I did, embarking from San Francisco for an hour-long voyage to a generic food court inside a random mall in California's suburbia. When I arrived, I fought against the swarming, pressing throng of holiday shoppers to acquire a seat in a lipstick-red booth at the fast food gem my Southern companions call "chick fillet".

The forty miles was well worth it. The sandwich I ordered was the "archetypal Chick-A-Fil sandwich," and it was surprisingly simple. There were no round slices of crisp dill pickle, no goopy slathering of thickened mayonnaise, no artful squeeze of tawny mustard. There weren't even niblets of reconstituted onions. Rather, the sandwich was naked in all its full glory and barren of any sloppy or disheveled condiments. The barebone components included a plain hamburger bun (not even decorated with little ornaments of sesame seed) that had been buttered and toasted, two leaves of verdant lettuce that were so curly that the bun couldn't even sit tightly atop the sandwich, a crimson slice of ripened tomato, and best of all: a thick piece of tender chicken breast meat, bursting with juices and deep-fried until the breading had formed a spicy, crispy outside crust. 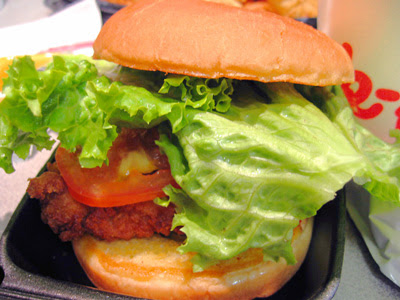 To top my sandwich (and stomach) off, my Georgia peach friend had won two gargantuan, first-prize party platters of chicken nuggets from the online sweepstakes drawing, and she generously shared her winnings with our group of over ten people. 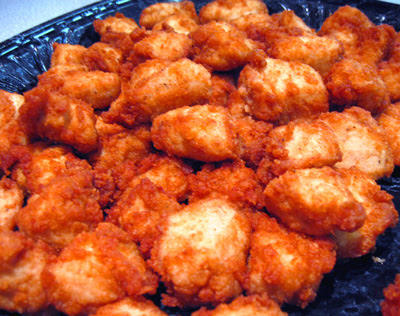 We dunked and doused the little nugget torpedos into the thick and honeyed elixir known as "Polynesian Sauce." If you've never tried this dipping nectar (to steal the phrase from my Southern friend), it tastes like sweet and sour sauce, but with flavors that are much more grandiose. 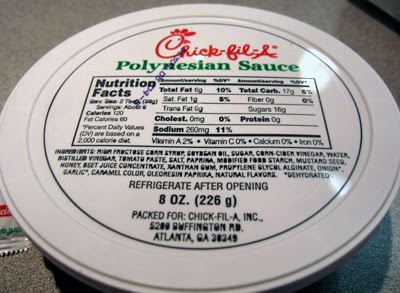 The motley group at our two tables also feasted on crispy grids of waffle-cut fries with crackly potato skin borders which literally melted away in our mouths. 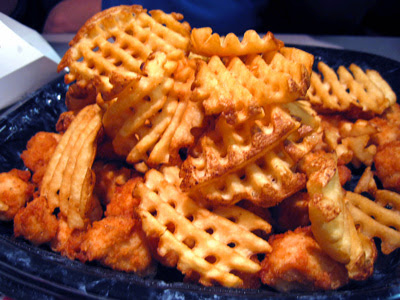 After our meal and our time together, we realized we had satisfied the purpose of our quest. Yes, it is true that we defeated the purpose of "fast" food, but our lengthy journey was more than redeemed.

My lesson from Chick-Fil-A: Southern comfort doesn't just come in a bottle.

cooked up by Passionate Eater at Wednesday, December 20, 2006