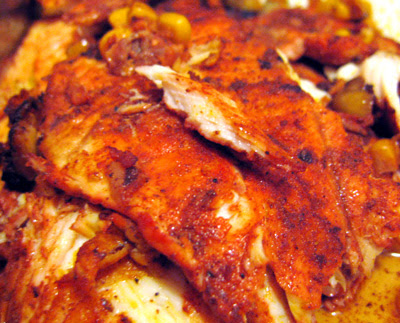 I wanted to take the time to answer three questions that new readers asked me in the comments section of my site. The questions go something like this (by the way, I've taken my own liberty in completely rephrasing the questions, because I am blogging via a modem connection, and am encountering a really slow download to the comments pages):

Rubicon is an excellent choice, and you can see what Rubicon served for Dine About Town 2006 here on Passionate Eater. In considering Rubicon, you are definitely thinking correctly. Dine About Town is the time that you eat at places that are otherwise "through the roof" expensive. You want a high return on your investment, so I recommend that you pay particular attention to participating restaurants that are designated as three to four dollar sign places on OpenTable. (Rubicon is one of the few $$$$ establishments in the Dine About Town program.) For an out-of-towner like yourself, I would also look to nationally renowned restaurants that reflect the unique culinary atmosphere in San Francisco and the Bay Area. For instance, Rubicon has an amazing wine selection because it is supplied by its sister winery in Napa Valley, so you would definitely get a "uniquely Northern California" meal at Rubicon. Also, I would steer clear of "chain" restaurants (such as Roy's) or restaurants in notoriously dangerous neighborhoods such as the Tenderloin. As a tourist, experiencing San Francisco is just as important as the food, so try to find a restaurant where you have a great window seat to the City. (Thus, you might consider the Waterfront or other restaurants near the Embarcadero area of the Financial District.)

2. Are there prix-fixe programs similar to San Francisco's Dine About Town program in other localities?

There definitely are! Almost every metropolitan city will have what they call a "restaurant week" or month, and various corporations including San Pellegrino, American Express, and Visa sponsor such programs. Check out OpenTable, a site that allows you to make online restaurant reservations at relatively upscale establishments, for information about these prix-fixe programs in your area.

3. Any advice on how to make the chocolate mousse they make in restaurants?

I have not personally made mousse before, but I have seen it being vigorously whipped up on television. For a mousse-making novice, I highly recommend recipes from Cooks Illustrated or Alton Brown, a host of a show on the Food Network. Here are two recipes that I found on the Food Network site that seem particularly descriptive, and would help put you on the right track to making an incredible chocolate dessert.

One of the more delicious meals I had this past holiday season included pan-fried tilapia fillets that had been marinated in achiote and vinegar. I wanted to take the opportunity to share this creation, and a quick recipe rundown of how to make it by its creator! Unfortunately, I took the above picture after the fish had already been partially eaten, and you can find better pictures on the creator's site.
cooked up by Passionate Eater at Tuesday, January 09, 2007